When “Vocal Variety” can change what you mean/meant to say 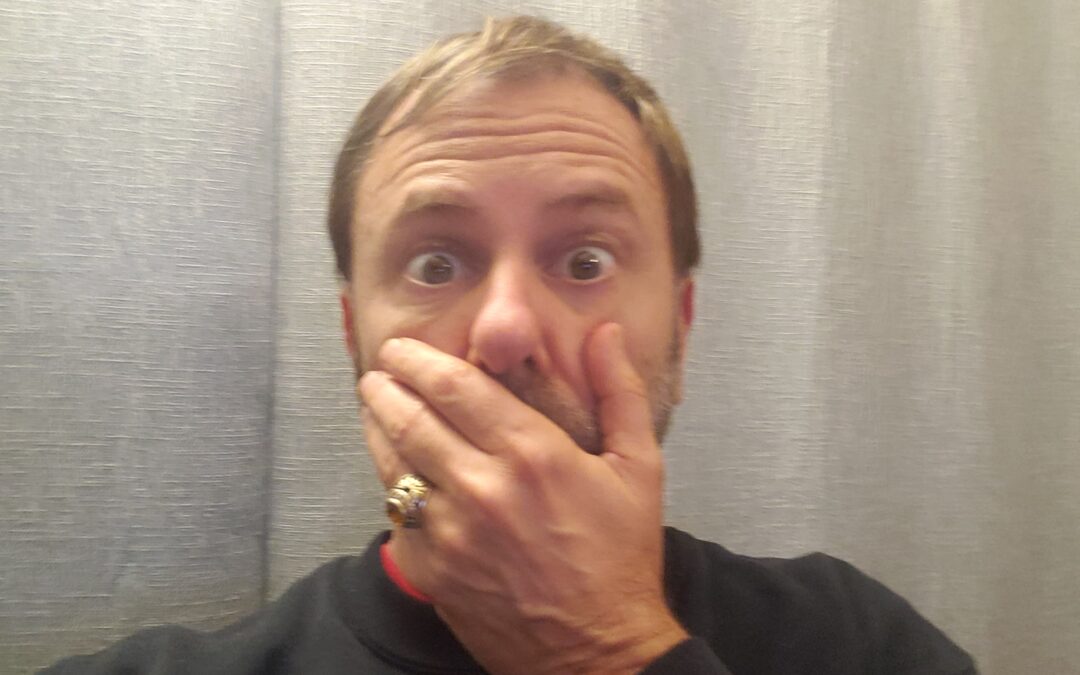 There’s an old joke about punctuation that goes:
“If you don’t think commas are important, just try leaving them out of a sentence like:
‘Do you want to eat, Grandma?’”

Much like that comma, vocal variety can change the implied meaning behind our words. In fact, this is the big reason that a couples therapist I know says, “Half the fights that I have to referee start with, ‘No, honey, that’s not what I meant by that text!'”  We add vocal variety in our heads that can change the meaning of a sentence.

Something like this happened to me the other day, but not in text, and it was a little embarrassing.  “Tanya” and I frequently attend a monthly-held live event. “Craig” typically works the front door at these events.  This month, Craig had a greater responsibility inside for the event, so he asked Tanya and me if we’d work the door.  It’s not a hard job; we’d collect $5 per person, encourage higher donations for the organization, and give everyone a program.  Not rocket science; we could handle this.

Tanya reminded me on the phone that some people pay by credit card and that she’d never worked that device that allows the group’s iPad to swipe cards.  Neither had I, so I replied:

Written here as text, hopefully you can see that I was meaning to imply that we are bright individuals who have worked phones and computers before, so it seemed reasonable that we could figure this out, like Craig did.

Unintentionally, though, I’d taken my pitch and volume up slightly on Craig’s name and “we”. So it came out as:
“It can’t be that hard.  If Craig can learn how, I’m sure we can do it.”

After a pause, Tanya asked, “Do you think Craig is dumb?”
“What?” I responded.
“The way you said that.  You made it sound like we are way smarter that Craig.  Craig is a smart guy!”

I played it back in my head and realized that’s exactly how it sounded…and I hadn’t intended it that way at all.  I barely know Craig, so I’d never given thought to whether he’s as smart as Einstein, dumb as a bag of hair, or somewhere in between. I was trying to comment on us; not Craig at all.

What had happened was that I’d stumbled accidentally (and unfortunately!) into using a technique that I teach called direct contrast.  By emphasizing both words instead of just “we”, I’d made an implication that hadn’t been in my mind.

Thankfully, Craig wasn’t privy to this call and no real harm was done (I’m hoping he’s not a blog reader!), but it really pointed out how vocal variety is more than about sounding more interesting; it’s a means to convey connotation that can affect your meaning.  It’s why I use italics a lot in typing for times when I can foresee that stressing one word can change how a line is read.

In this hopefully-rare case, I fumbled, but my coaching clients learn different techniques to apply the “The 7 Variants of Vocal Variety” so that they can convey more than their words alone would. Sometimes, I’ll repeat a line back to a client, word for word, but with different emphasis, and they’ll say, “Yes! That’s what I want to say!” − as if I’d re-written the line!

So be conscious with your vocal variety or, as I just learned, it’s one more way you can have your words come back to bite you!