Who was San Diego and why is the city called that? 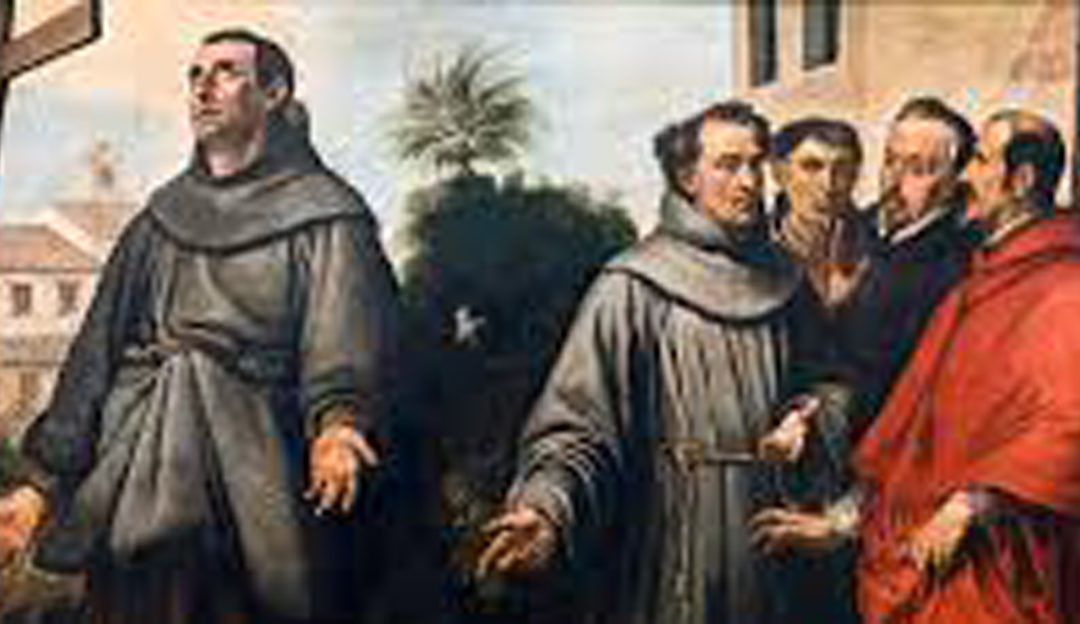 As a long time resident of the area, I suddenly realized that I had no idea how this area got named.  I also discovered that no one I knew had any idea either.  So I did a little research.

Many assume Juan Rodriguez Cabrillo, the first of the Europeans to tread upon San Diego Bay in 1542, was the one who named this area.  Others mistakenly assume credit would go to Junipero Serra, the Franciscan friar when he created the first of the California missions here in 1769.  But the name actually was given by someone far less famous today.

In  May of 1602, explorer Sebastian Vizcaino set north from Acapulco with four ships, three of which reached San Diego in November of that year.  Of the three,.  Since the Feast of San Diego de Alcala fell in November and coincidentally his flagship was named for the saint “San Diego”, he dubbed the area “San Diego” too and the name stuck.

He was born about 1400 to a poor, religious set of parents in southern Spain.  As a teenager, he joined the Third Order of St. Francis, living much of his young years as a devout recluse.  He then went on to enter a Franciscan convent where his devotion and adherence to prayer and meditation were an inspiration to many.  Many theologians came to listen to the wisdom that came to him from his solace.  Eager to see him accomplish more than he could in the convent, his superiors included him in a group being sent to the Canary Islands to save the poor, unenlightened souls there.  He faced many hard times there but saw himself as a martyr, so it suited him. He converted many of the Canary natives and rose to be the guardian of the chief friary there.

From there he traveled back to Spain and then to Rome in 1450 where a huge epidemic broke out shortly thereafter.  San Diego threw himself into tending the ill.  It was said that, with God’s help, he always had enough provisions to tend them, despite a general lack.  He often cured them solely by making the sign of the cross over them.

After that, he returned to Spain where he was a source of enlightenment for others for many years.  When he died in 1463 in Alcala, so many people wanted to have a final viewing that it was not possible to bury him for months.  Yet, inexplicably, his body did not deteriorate and gave off a pleasing odor.  As other miracles continued to occur at his tomb, calls for his sainthood were made and, over a hundred years later in 1588, Pope Sixtus V canonized him.

Had Vizcaino arrived a month earlier or later, we’d likely be calling this beautiful area something else!