Finding the unseen solution in compromise 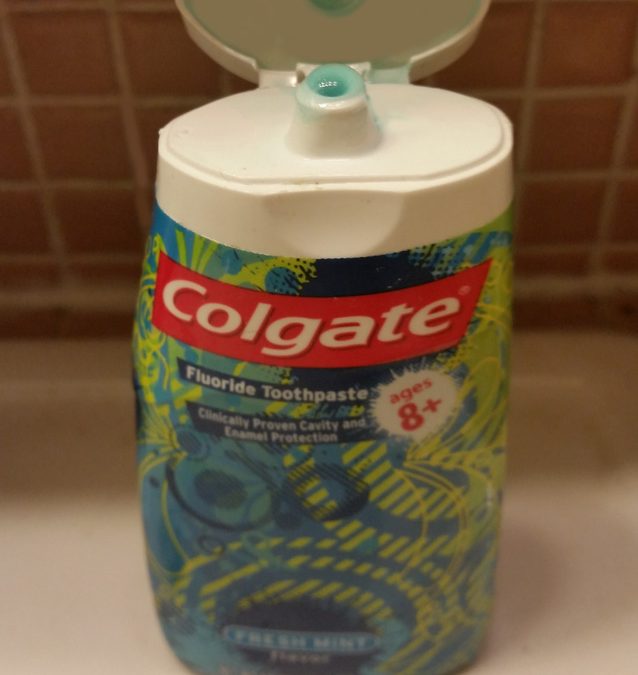 A colleague of mine, “Nigel” is a couples’ counselor.  He was comfortable sharing this story with me, as it was many years prior and no names of clients were mentioned.

“Tom” and “Laverne” could handle the big problems of their relationship better than many couples; it was the little things that unnerved them.  One problem that came up far too often in sessions was Laverne’s habit of leaving the cap off the toothpaste in the bathroom.

Tom grew livid when she would do it again.  Laverne claimed that she tried to remember, but got no credit for the 95% of the time that she did remember to.  Plus, she couldn’t see what was so terrible about Tom putting it back on for her now and then, considering all the favors she did for him.

One week, Nigel brought out a paper bag during one of their sessions and said, “I have a gift for you two.  I don’t normally buy things for my clients but I wanted to see if it might help.”

Laverne reached in and pulled out a container of Colgate that was not in a tube.  The cap wasn’t a screw-off type; it was a hinge.

“I’m not sure I trust her to re-do the hinge lid any more than the screw cap,” Tom added.

Nigel said, “She’s more likely to remember since it takes only one hand to squeeze and close.  If she forgets, this cap will never get lost or hit the floor.  And, Laverne, are you really so unwilling to find out if you like it?

“No, I suppose not.  I’ve seen these in stores.  They’re more expensive than tubes, though.”  Tom nodded in agreement.

“More expensive than your ongoing frustration, plus the total time you two have spent talking about it here at $125 per hour?” Nigel queried.

The couple looked at each other and laughed.  As their therapy sessions continued, not only did they never fight about toothpaste again, but “Let’s look for a Colgate solution” became a signal:  Look for an answer that is neither his way nor hers, but a different approach that could suit both.

Office and client frustrations can be the same way.  Whether it’s a wise manager playing peacemaker or you yourself finding a way to quell a problem with someone you deal with, see where you might be missing the Colgate solution that could bring peace to everyone involved.

A great team building session like TEAMprovising can help teammates start to see new ways of thinking about problems, both old and new.